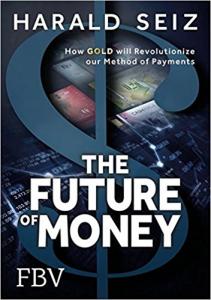 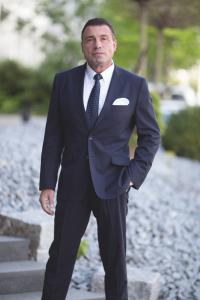 STUTTGART, BADEN WüRTEMBERG, GERMANY, July 3, 2018 /EINPresswire.com/ — It is going to be a happy Fourth of July this year for more than just the cold beer and juicy hamburgers. We are pleased to announce that KC Bank will open its doors on the Fourth of July this year. This is going to be a monumental moment in the Karatgold Coin (KBC) world as it will be the first time that a fully-licensed bank has been allowed to operate in this realm of cryptocurrency. It is an opportunity for cryptocurrency traders to have the same kind of financial facilities that those who use fiat currency do.

Karatgold Coin (KBC) was first launched in March of 2018 as the newest cryptocurrency on the market. It was created as a clever alternative to cryptocurrencies and gold. Essentially, it took the benefits of both and combined them together. Rather than relying completely on the trust of the traders and investors, this currency actually has value that is connected directly to the value of gold. Those who are attracted to gold for its value during an economic downturn will be pleased with the way in which this particular coin trades as well. There is more stability to this coin in terms of pricing than there are with other coins.

When one wishes to trade in cryptocurrencies it ought to be as easy as moving money around in the fiat currency world. Unfortunately, traditional bankers and financial guys have tried to prevent this from happening. They have wanted to retain a monopoly on the movement of funds through the financial system. This has meant that they have put up barriers and regulations that have prevented the cryptocurrency people from having an ability to move transactions as seamlessly as they might want to.

KC Bank is going to be revolutionizing the way in which cryptocurrencies are handled. They have been given the green light for operations beginning in just two days. Thus, things are about to change in the cryptocurrency landscape in that short period of time. We may never return to a point in time when things are how they are right now. It is about time that things were changed for the better.

Come July 4th, it is going to be possible to trade your Karatgold Coins (KBC) in for Cashgold which can then be converted to cash. You can also trade your Karatgold Coins (KBC) in for other types of cryptocurrencies if you want to trade in and out of them for value. No matter what, you will find that you have more flexibility in this product than you ever have had before. It is just not every day that there is an announcement in the cryptocurrency world that is this exciting. Many in the cryptocurrency world have gotten used to the idea of being disappointed and not expecting too much from the companies that operate in these currencies. However, this announcement is truly one that we can all applaud as it shows that we can progress forward towards bringing cryptocurrency into the mainstream of our daily lives.

Look for the doors to come open on July 4th and celebrate the new freedom that you now have to trade currencies in ways that you were once unable to.