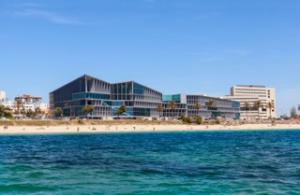 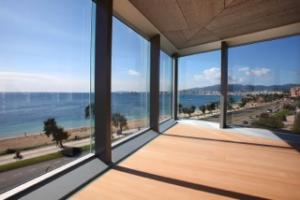 A view from inside the Palma Congress Center in Mallorca

ArtMallorca is a pleasant opportunity to catch new crowds before the hustle and bustle of the European season begins in London and Paris.”
— Sixtine Crutchfield, General Manager, ArtMallorca

NEW YORK, NEW YORK, USA, September 21, 2018 /EINPresswire.com/ — The Mediterranean International Art Fair announces the inaugural ArtMallorca to be held Sept 20-22, 2019 at the newly constructed Palma Congress Center, Palma de Mallorca, Spain. The fair will platform over 30 contemporary art exhibitors from around the world whilst celebrating the rich history of art and culture across the island.

Palma de Mallorca has long been acknowledged as the new center for the arts across the Mediterranean due to its large number of museums, galleries and art foundations. Recent international exhibitors include Tate Modern – London, MoMA – New York and the Guggenheim – New York whilst the art scene has long been impacted by the legacy of Joan Miró, who lived on the island from 1956 – 1983.

Mallorca is a popular haunt for the rich and famous. With a short flying-time of just two hours from London, Paris or Berlin, a separate terminal has been built at Palma airport to accommodate the frequent arriving private aircraft. As a result, celebrities such as Claudia Schiffer and Michael Douglas have bought properties here, and there are estimated to be 300 ultra high net worth art collectors housed in the island’s grandest “Fincas,” with many of these collections having international significance. ArtMallorca coincides with the Nit de l’Art which is celebrating its 23rd anniversary this year.

"ArtMallorca is a pleasant opportunity to catch new crowds before the hustle and bustle of the European season beginning in London and Paris. U.S. galleries may consider it as we can offer advice on shipment and storage of their works that they can then move again to London or Paris for their usual art fair circuits," said the fair's general manager, Sixtine Crutchfield.

Through the evening of 21st September the historic quarter of Palma will be taken over by the galleries, artists and art of the island. In 2017, over 20,000 visitors spilled out onto the pedestrian streets and alleyways to explore some of the most exciting exhibitions, performances and installations of the year. The list of high-profile stars previously spotted at the night includes Goldie Hawn, Eva Longoria, Sting, Antonio Banderas and Melanie Griffiths.

The Palma Congress Centre is a brand new €130 million exhibition and conference centre, opened in 2017 to accommodate growing demand in Palma for international events, combines state-of-the art bright and open-space facilities, two large lecture theatres and breathtaking views of the sea. Its location is a mere 15-minute drive to the airport or to the city centre and its completion led to the genesis behind ArtMallorca, contributing to its success