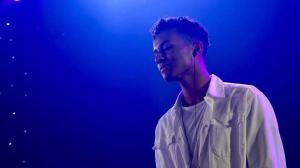 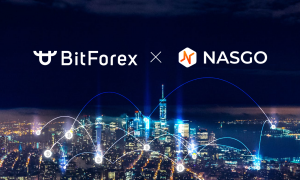 NEWYORK, NEWYORK, UNITED STATES, January 14, 2019 /EINPresswire.com/ — The 2019 Conference was hosted in Nah Trang, BitForex successfully signed the strategic partnership contract with NASGO and announced it is a grand launching in Jan.18th on the BitForex Platform.

The Staring Premier
2019 NhaTrang Conference was filled with guests, the invitees includes the CEO of BitForex Garrett JIN、the Founder of NASGO Steve Chiang and the co-Founder Eric Tippetts, more than 500 Blockchain industry representatives attended the conference as well. Meanwhile NASGO’s brand Endorser, Star of the Century Micheal Jackson’s nephew Jaafar Jackson preformed live at this phenomenon event. Jaafar Jackson wants to support and promote the community business using NASGO’s Blockchain technology to continue to spread his uncle’s love for the community and charity.

NASGO is the world's first billion dollar Block-chain platform, Blockchain technology will be a small to medium business revolutionary project. Small to medium enterprises are more than 95% of the overall corporation counts, small to medium enterprises provides 60% of the employment and 50% of the production gross, occupying an irreplaceable role in the economic development of countries around the world, though Blockchain is facing a severe development challenge; The emergence of the NASGO, solves many issues for small and medium enterprises, such as business information opacity, lower technology innovation, lower operation efficiency, financial and sales management issues.

The announcement of NASGO’s launching in Jan.18,2019 on BitForex was made with both parties. NASGO chose to sign the strategic partnership agreement with BitForex definitely affirmed BitForex users’ confidence in the platform. The signing ceremony also symbolized many common goals and the cooperation plans between NASGO and BitForex. Come and witness the new Block-chain transformation of the dynamic partnership with their social media accountants. Airdrop event worth millions is waiting for you.