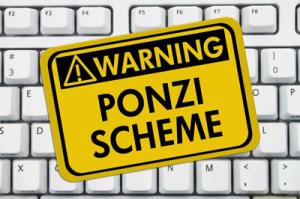 GPB Capital investors are seeing massive declines in value and fearing for the worse following a series of bad news and investigations.

Many investors are understandably worried about losing their investment principal and they are taking action against brokers-dealers and financial advisers who sold them to GPB Capital.

Jason Haselkorn, Partner at Haselkorn & Thibaut. P.A., a national securities fraud law firm, said: "Our firm is getting many calls from investors who are fearing the worst."

Mr. Haselkorn continues, noting: "We have over 40 years of experience with investment fraud type matters, and investors seem to be particularly concerned regarding GPB Capital funds.”

One explanation for that concern might be the significant and widespread dispersion of GPB Capital sales all over the country.

With over 60 broker-dealer firms earning commissions for having sold GPB investments to clients all over the country, it is no surprise in recent months that we have received calls from investors who have asked us to begin investigating a number of potential claims involving some of those firms, including, but not limited to: Hightower Securities, Royal Alliance, FCS Securities, Woodbury, Madison Avenue Securities, Dawson James Securities, and 60 other brokers.

GPB investors have limited time to submit their claims for recovery of investment losses. Investors who want to recover their losses or consider options can get a free case and portfolio overview by calling 1-888-628-5590.

Attractive investment income may not have always been accurately represented to some investors in GPB Capital funds. Also surprising to many investors are the extremely high commission rates paid to the financial advisoers and broker-dealer firms that recommended and approved the transactions. According to Investment News, financial advisers received more than $100 million in commissions!

At least some of the negative news began last July, as litigation in New York was pending between GPB Capital and a former partner and the allegations in that case raised some concerns for investors. Other issues raising further concerns for many investors include:

• August 2018: GPB announced that no new investor capital would be accepted;

• November 2018: the GPB auditor, based on perceived risk issues, resigned; and

The sole purpose of this release is to investigate the way in which GPB Capital funds were approved for sale by any broker-dealers to investor clients. If you have any knowledge or experience with these matters, please contact Haselkorn & Thibaut, P.A. at 1-888-628-5590, or visit the law firm's website at InvestmentFraudLawyers.com.

Haselkorn & Thibaut is a national law firm that specializes in investment fraud matters and FINRA arbitrations. They represent both individual and institutional investors to aggressively recover investment losses for victims of investment fraud.