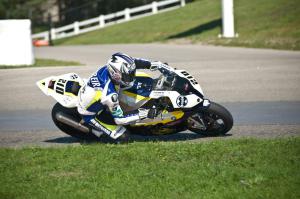 How a junior gold exploration company is on track to success.

EDMONTON, ALBERTA, CANADA, September 12, 2019 /EINPresswire.com/ — If you’re an investor who likes to dig, especially as it relates to activity in the mining sector, then you may know that Quebec and New Brunswick fall into the top 10 jurisdictions in the world for gold mining. Add to that a company that has reported a recent gold discovery on its flagship property in one of those jurisdictions.

Dig a little deeper and you’ll find X-Terra Resources Inc. (TSX-V:XTT; FRANKFURT:XTR). Formed in 2014, X-Terra quickly got off the starting line with a very tight corporate structure and a Board of Directors that includes Dr. Michael Byron, a 30-year veteran of fieldwork experience, senior management experience in gold, base metal, nickel, PGE, diamond, and gemstone exploration. One of his claims to fame — the rediscovery of the Horne Five deposit in Rouyn-Noranda, Quebec.

X-Terra’s President and CEO, Michael Ferreira, is a former professional motorcycle racer (pictured in photo above) and was part of the Canadian Factory BMW motorrad team that won the Canadian National Superbike Championship in 2011. While racing, he began to follow capital markets (having studied business and mathematics at university), which ultimately led to his career in mining and exploration in Rouyn-Noranda. He started as a consultant assisting the X-Terra Board in chasing new mining projects, then became VP until 2016 when he was given the top job. For Ferreira, ‘team’ means everything.

“Racing has taught me many lessons in life and also in business, and the philosophy I carried along to X-Terra when I took over as president in 2016, was building out its management and support teams (consultants). Like in racing, much of the success stems from the team you surround yourself with!”

It appears the philosophy is working. X-Terra now boasts 37.7 million sharesoutstanding and now has three major assets. Troilus East (north central Quebec), which is adjacent to the former Troilus Gold mine which has historically produced two million ounces of gold and 70,000 tonnes of copper and is now being further explored by Troilus Gold Corp. It boastsa current resource of 5.09 million ounces of gold equivalent (all categories).

The second Quebec property, Ducran, with its two mining districts, Chapais and Chibougamau, has produced a combined 4 million ounces of gold and significant volumes of copper. X-Terra has validated that the property is also host to polymetallic minerals, such as Nickel, Zinc and Silver.

Grog/Northwest is the third property. Located in New Brunswick, it covers 280 square kilometers along the MacKenzie Fault. Exploration thus far has revealed gold values as high as 378.2 grams per tonne and higher. In addition, X-Terra now has a 3.7km gold-bearing corridor along the MacKenzie fault and is awaiting results with the hope of expanding this gold bearing corridor to over 6km. What is also appealing to the company and its investors is the fact that Epithermal/Porphyry potential of this property has never been drilled.

“It’s an exciting time”, says Ferreira, “especially in light of the fact that the junior mining sector has faced many challenges since 2012. We are finally seeing some impressive moves indicating the next bull cycle is right around the corner. Our position along the MacKenzie Fault is well-timed. The fact that there is untapped potential leaves all the upside for X-Terra and its shareholders!”

[What is appealing to investors is that the Epithermal/Porphyry potential of the New Brunswick property has never been drilled.]

The company’s focus continues to be on the quality of projects, especially those in underworked areas, versus the overall amount of projects it holds. This is setting X-Terra apart as a junior mining and exploration company. For X-Terra’s CEO, Michael Ferreira, it’s like building the best bike and the team to go with it. And as he might put it, the way to win is to focus on one race at a time.