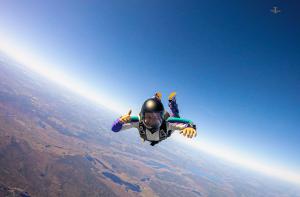 GREENWICH, CT, UNITED STATES, May 22, 2020 /EINPresswire.com/ — You’ve finally decided on a new business that you want to start, and you’ve researched it thoroughly. You’ve shuffled your way through tons of well-meaning online advice, and now you’re getting ready to get going. It’s all about being prepared, John Zimmel says, and research plays a big part of that.

Research is critical, he adds, but it’s not the only thing. Watch out who you accept advice from, John Zimmel says. “Don’t accept advice from just anybody,” he explains, “since there’s a lot of well-meaning advice out there that’s totally incorrect.” John Zimmel says he recommends new entrepreneurs find someone to talk to who has done it already. “I’d look for someone in the same field you’re entering,” he says. Since competitors are often reluctant to share their ideas with someone new coming in, be creative when seeking advice. “For example, if your business is local,” John Zimmel says, “contact someone in a distant state for help. I’d do this by looking for an industry organization that you’re both connected to, or even use LinkedIn,” he adds.

Even with expert help, one of the most important things to watch for when first starting out is your budget, John Zimmel says. “I’ve seen so many people that say you need an office with all the equipment or a state-of-the-art computer network system, when all you really need is a laptop to get started, he adds.

It’s finding the difference between what is needed and what is wanted, he says. Get only the things that you really need, and be careful with your money, John Zimmel explains. You might need extra money for more advertising, he adds, to replace the first round of ads that don’t work, for example. John Zimmel says he has seen some people spend thousands on things like stationery and business cards for an online business — things that just weren’t necessary. “It’s smart to keep some money in reserve,” he says.

Another thing to watch out for are people who try to sell you things, John Zimmel says. For example, you may be told certain software is a necessity, or that you must have a professional website, he adds. With most of the businesses starting up today, many of them can be done from home without all these things, he says. “If you have the skills and the contacts and are able to put in the time it takes to develop relationships, the rest will fall into place,” explained John Zimmel.