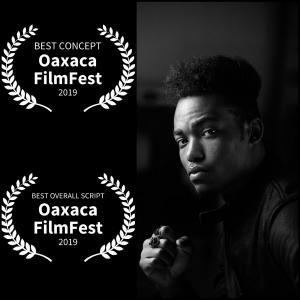 “Invisible” is a psychological thriller to be filmed in Havana, Cuba by Haitian creator Kharl Louis-Jean.

‘Invisible’ shines spotlight on mental illness, trauma through psychological suspense film to be shot in Havana

We refuse to let Covid-19 take our dreams away,”
— Kharl Louis-Jean

SAN FRANCISCO, CA, US, May 25, 2020 /EINPresswire.com/ — ‘Invisible’ shines spotlight on mental illness, trauma through psychological suspense film to be shot in Havana

The creator behind an anticipated new indie film was sailing through the pre-production process when his project hit a major roadblock: the global coronavirus pandemic.

Now, the maker of the film “Invisible” is turning to the crowdfunding platform Indiegogo to raise the funds needed to advance his project despite the setback.

"Invisible" is a psychological thriller to be filmed in Havana, Cuba by Haitian creator Kharl Louis-Jean. The feature-length film tells the story of a man suffering from dissociative disorder while searching for the killer of his daughter. All evidence in the case points to the man as the main suspect in his daughter’s murder. Invisible, directed by Blanca Rosa Blanco and starring rising Venezuelan actress Rosmeri Malvar, features three-dimensional characters and emotional story arcs culminating in a shocking twist ending.

Dissociative disorder is a mental illness that involves not being able to recall information about oneself, often after a traumatic event.

Despite production delays due to the coronavirus pandemic, Louis-Jean refuses to let the roadblocks slow him down. He is eager to bring his suspenseful film to the world while showcasing the work of Haitian artists, with the aim of becoming the first Haitian artist to reveal to the world the cinematic potential that lives in his home country.

“I've fought a lot since coming to the United States nine years ago to accomplish my goals of succeeding at my dreams,” Louis-Jean said on the Indiegogo campaign page. “Right now because of the pandemic people are in danger of losing their dreams, some are already lost. But I refuse to let that happen.”

Pending funding of the film through the Indiegogo campaign, production is slated to begin immediately, with a goal to shoot the film in November. Louis-Jean hopes to release the film in the summer of 2021.

“We refuse to let Covid-19 take our dreams away,” Louis-Jean said. “With your support, we will be able to complete this project and bring an amazing film experience to the world.”

Supporters who back the “Invisible” Indiegogo campaign can choose from rewards ranging from tickets to fan screenings to an exclusive opportunity to dine with the stars of the film.

Learn more about the campaign to fund the indie film Invisible at
https://www.indiegogo.com/projects/invisible–14/x/23687259#/