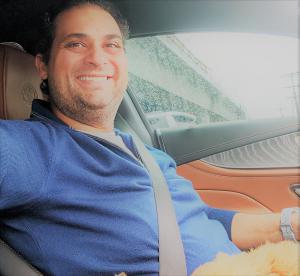 LOS ANGELES, CA, UNITED STATES, September 15, 2020 /EINPresswire.com/ — How much would you be willing to spend on a mint-condition classic car? In the past decade, the market for classic cars has exploded. Vintage, up-cycling, retro – whatever you want to call it, classic is in. Popularity, along with lower interest rates than ever before, raised the prices of certain classic cars drastically.

“The price is driven up by a multitude of factors,” says Dr. Navid Vahedi. “Rarity, any special features or limited releases, the condition of the car, how many owners it’s had, if anyone famous owned it or a car of the same make and model… it’s the same as any collector’s item really. But instead of keeping it in plastic in your house, you get to drive it.”

3. The Aston Martin DBR1 ($25 million)
“The Aston Martin DBR1 has a 2.5 liter, 6-cylinder alloy racing engine with 212 HP. In 1959 the car won the 1000 km race of Nurburgring. Stirling Moss and Carrol Shelby – both famous British race car drivers – drove this particular car,” explains Dr. Navid Vahedi. That, alongside the gorgeous build and color of the car, makes it a collector’s dream according to the classic car enthusiast. This car sold at auction for about $25 million in 2017. The sale made it the most expensive British classic car ever sold.

2. Mercedes-Benz W196 ($33 million)
“In 1954 and 1955, this make and model was the Mercedes Formula 1 car. It won both Formula 1 championships and it was driven by popular race car drivers Stirling Moss and Juan Manuel Fangio,” explains Dr. Navid Vahedi. Apparently it was the only vehicle with mechanical direct fuel injection – very advanced technology for its time. With an 8-cylinder engine, it eventually produced 340 HP after a lot of experimentation. It was bought at auction by a private owner for a stunning $33 million in 2013.

“You can only imagine the pleasure of owning and driving that car,” says Dr. Navid Vahedi wistfully.

1. Ferrari 250 GTO Berlinetta ($43 million)
“There are 39 Ferraris in the GTO class,” explains Dr. Navid Vahedi. This one is the 17th. It has a 3-liter V12 engine and was designed by Carrozzeria Scaglietti.

“It’s not a restored car,” enthuses Dr. Navid Vahedi. “It’s a maintained car. It was used to race all its life and kept in top-notch condition. Hillclimbs, races, tours – it’s been active and driven since 1962!” This little red beauty was sold at auction in 2014 and set the record for the most expensive car ever publicly sold at around $43 million.

“And you have to remember, these are just the publicly sold classic cars,” Dr. Navid Vahedi tells us. “We can only imagine the money and cars changing hands privately.”

Dr. Navid Vahedi is a compounding pharmacist, entrepreneur, and classic car enthusiast. He believes that true health and wellness look beyond western medicine and that most diseases can be prevented with proper nutrition and diet.