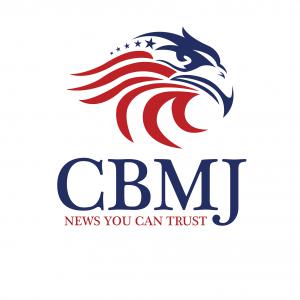 ATLANTA, GA, USA, October 27, 2020 /EINPresswire.com/ — CBMJ dba Conservative Broadcast Media and Journalism, (OTC:CBMJ) announced that its wholly-owned subsidiary DeDonato Enterprises achieved a record month of revenue in September exceeding $250,000. This marked the final month of operation as a private company prior to being acquired by CBMJ.

The Year to Date Actual Revenue of $1.64M is projected to grow to $2.4M by year-end. This exceeds the original projection of $2.0M by 20% previously announced in September by CBMJ and represents an increase of approximately 46% by year-end. This also represents revenues more than doubling over the $1.1M annual revenue generated in 2019.

"We are delighted with our initial progress during the first two weeks of operations since we completed the acquisition" stated Mark Schaftlein CEO of CBMJ.

"All aspects of our business are growing at a pace that exceeded our original expectations. We expect that we will continue to increase our revenues and profits as we expand our distribution and continue to build our audience," stated Brandon Vallorani, President/CEO of DeDonato Enterprises.

The company also announced that on Wednesday, after being approved by the State of Nevada, that it has filed an application with FINRA to change the name of the company to Conservative Broadcast Media & Journalism as previously announced.

About DeDonato Enterprises: DeDonato Enterprises, L.L.C. is a Digital Marketing Agency based in Metro-Atlanta that specializes in reaching a conservative/libertarian/religious audience. Among other assets, DeDonato operates numerous social media accounts across several platforms with over 2 million followers, owns an active database of 1.2 million opt-in email subscribers, and publishes a network of 47 monetized political/news websites generating 10 million page views per month. Some of the marquis sites include www.flagandcross.com, and www.libertyhub.com. The Company also maintains one of the largest collections of historical documents on the web at www.constitution.com. In addition, DeDonato operates a brick and mortar coffee shop in Hiram, GA, and e-commerce websites including www.thrashercoffee.com/, www.valloranicigars.com, and an e-commerce portal at their primary site www.store.flagandcross.com/.

About CBMJ: (CBMJ) dba Conservative Broadcast Media and Journalism specializes in getting mainstream media cleared including network TV, radio, and digital ads targeting those who wish to take advantage of the incredible investment opportunities that exist in the Media sector. CBMJ owns "LoudMouth News" www.loudmouthnews.com which became the first and longest-running syndicated terrestrial radio news program of its kind. LoudMouth News presents the news and commentary in an entertaining neutral manner highlighting the most impactful current news in politics, products, sociological issues, and businesses.