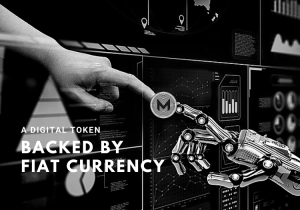 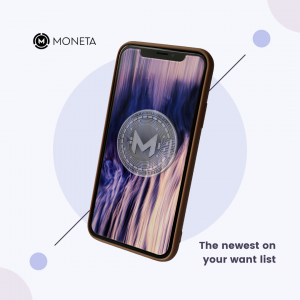 The ‘winner’ of the stable coin race will have to make a product easy enough to be used by mainstream consumers, safe, secure, and flexible enough to entice the involvement.””
— moneta.holdings

WILMINGTON, DELAWARE, UNITED STATES, December 3, 2020 /EINPresswire.com/ — Moneta Holdings is to launch the development stage of Moneta Token on the 25th of January 2021. Fiat pegged cryptocurrencies are called “Moneta”. All Monetas will initially be issued on the blockchain so they exist as a cryptocurrency token. Each Moneta unit issued into circulation is backed in a one-to-one ratio (i.e. one Moneta USD is one US dollar, one Moneta GBP is one Pound Sterling) by the corresponding fiat currency unit held in deposit by Moneta Holdings.

Of the 195 countries supported by Moneta:

Monetas exist on the blockchain rather than within closed source software running on centralized, private databases.

Monetas can be used just like bitcoins, i.e. in a p2p, pseudo-anonymous, decentralized, cryptographically secure environment.

Monetas can be integrated with merchants, exchanges, and wallets just as easily as Bitcoin or any other cryptocurrencies.

Moneta Holdings employs a simple but effective approach for conducting Proof of Reserves which significantly reduces our counterparty risk as the custodian of the reserve assets.

Moneta issuance or redemption will not face any pricing or liquidity constraints. Users can buy or sell as many Monetas as they want, quickly, and with very low fees.