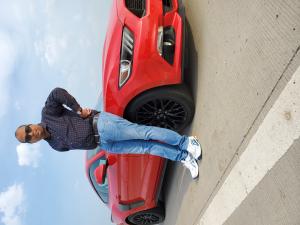 At 34, this talented man has achieved it big as a wealth and account management analyst as well.

Often, we hear a lot of stories of different individuals from different sectors and fields doing their best by putting in their best foot forward. Still, it feels that much more discussions are needed around them to let the world know their journeys, struggles and the path they chose to reach where they are today. The trading world is a world of its own, which has only seen constant growth ever since; even amidst much volatility in the markets, it keeps growing consistently and major thanks must go to the many professional traders who make this happen and grow the financial markets. We came across one such passionate man, who dreamt of making it huge in the forex world and now has earned a noteworthy position in the same; he is Shashikant Sharma.

Since the very beginning, if anything that ever attracted Shashikant Sharma the most, it was the idea to do something of his own in an industry that could provide him with endless opportunities to grow as a professional, entrepreneur and most importantly, as an individual. Hence, the financial markets were something he got inclined towards early. Today, at 34 years, he is a millionaire trader and is known as the best forex trader across India.

Starting his career at the age of 22, Shashikant Sharma had no idea how his ability to make the most of the opportunities would help him become the influential forex trader that he is today. Apart from that, he is also an amazing wealth analyst and an account management analyst. Shashikant Sharma is a true example of a young self-made trading professional who learned things all on his own, without any handouts and carved his unique niche in the industry as a one of a kind forex trader.

The kind of luxurious lifestyle he has created for himself today is something that has only taken others by surprise and also inspired them. To know more, follow him on Instagram @tradewithshashi.