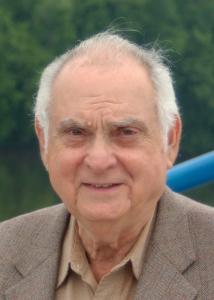 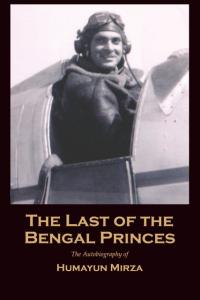 Cover of The Last of the Bengal Princes

Completes Controversial Autobiography Only Weeks Before His Death

BETHESDA, MD, UNITED STATES, July 25, 2021 /EINPresswire.com/ — Humayun Mirza (Sahibzada Syed Humayun Ali Mirza), son of first President of Pakistan Iskander Mirza and last legitimate heir to the Mughal throne of Bengal, Bihar, and Orissa, died peacefully in his sleep shortly after midnight on Sunday, 13 June 2021, at his home in the Washington (DC) suburbs. He was 92 years old. Just weeks before his death, Mr Mirza completed his second book, an autobiography titled THE LAST OF THE BENGAL PRINCES (ISBN 978-17053-12070). It is available in print online (United States $18.95 United Kingdom £15.95). (Review copy on request.)

Mr Mirza’s first book, From PLASSEY TO PAKISTAN: THE FAMILY HISTORY OF ISKANDER MIRZA, was praised as “a superb contribution to international studies…vividly informative and very human” by Library Bookwatch magazine. In the final two years of his life, he devoted his energies to an autobiography, THE LAST OF THE BENGAL PRINCES. Movingly personal and intimate, Humayun Mirza reveals never-before-shared information about Pakistan’s leaders and their private dealings. He shares first-hand knowledge of bribery and corruption scandals in Pakistan, Peru, and elsewhere. and gives his unique perspective on the current condition of his country.

He writes movingly about his attempt to save the life of his close friend Zulfikar Bhutto and ransoming his kidnapped daughter. He chronicles adventures in the Himalayas, as a stunt pilot, and even as a member of the French Foreign Legion. A gripping read, THE LAST OF THE BENGAL PRINCES is an essential insight into the history of Pakistan and the story of an exciting, complex, and important life.

Humayun Mirza grew up in Peshawar, where his father Iskander Mirza was Political Officer of the Khyber, and was educated at the Doon School, the Imperial College in London, and Harvard Business School in the United States. A champion cricket player in Pakistan, Humayun became an accomplished stunt pilot and Olympic-class fencer during his years in England.

After graduation from Harvard, Mr Mirza joined the World Bank, because it did not require him to give up his Pakistani citizenship, but after the 1958 coup against his father, he was told by General Ayub not to return to his country and thus spent his career at the famous international institution.

At the World Bank, Mr Mirza uncovered and stopped a bribery scandal in Peru involving the president of that country and actress Vivien Leigh, and also worked extensively in Central and South America. He continued to be active in Pakistani affairs: he gave Zulfikar Bhutto his start in politics and advised him during his presidency, and served as a counselor to General Zia.

Mr Mirza is survived by his wife Marilia, daughters Zareen and Samia, and grandchildren Chase, Morgan, and Hunter.

Timespinner Press, headquartered in Bethesda, Maryland, specializes in publishing original source history, ranging from the memoirs of the last prince of Bengal to the personal letters of the first war photographer.