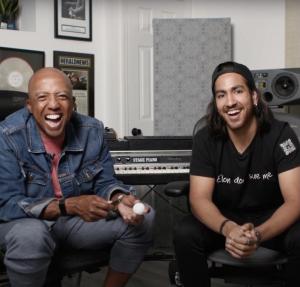 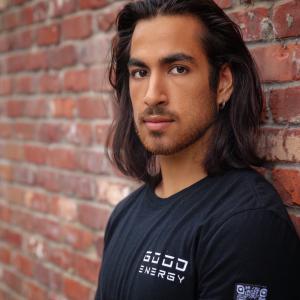 The visionary behind Kanye West, and Jay-Z, sits with Akash Ahuja to talk Tesla, Indian social pressures, and disruptive innovation on "Club 300 Unplugged."

LOS ANGELES, CA, UNITED STATES, October 29, 2021 /EINPresswire.com/ — (Los Angeles, CA) October 29th, 2021 – Recording artist Akash Ahuja and CEO of “300 Entertainment'' Kevin Liles sit down to talk about Akash’s unconventional and inspiring musical journey, his connection to Tesla, and what the future holds. Akash’s interview and live performance is featured in the YouTube series “Club 300 Unplugged,” which highlights new emerging artists, and is hosted by Liles, music executive and CEO of “300 Entertainment” known for artists such as Megan Thee Stallion, Gunna, and Young Thug.

Going against his traditional Indian culture and his parent’s beliefs Akash decided that college wasn't for him. So instead, he embarked on an unconventional path, and took a risk. Using the tuition money he and his parents saved for college, Akash decided to spend half of the money on studio time to record his music, and the remaining half on an investment into Tesla stock. His outside of the box thinking and fearless strategy paid off. Right before Akash's 21st birthday, his Tesla investment exceeded one million dollars, while his music surpassed 10 million streams.

Akash Ahuja is known for his infectious and catchy hooks that will fill your body with positive energy. Magnetic and upbeat, his tracks are innovative, drawing the listener in with high energy hip-pop sounds with a hint of Indian influence.

For more information about "Akash Ahuja," visit here and to watch the “Club 300 Unplugged” interview visit his YouTube.

Akash Ahuja is a rapper, singer, and songwriter that blends several music genres into one. Born in New York and of Indian descent, he made his debut in 2020. As the first Indian artist to have a billboard in New York's Times Square, his mixture of hip-pop paired with traditional Indian sounds are innovative and set him apart. When he is not making music, Akash likes to play tennis, collect crystals, follow the latest news in technology, and relish in his favorite meal, pizza.