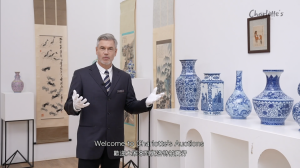 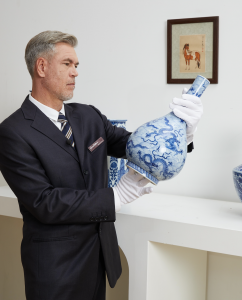 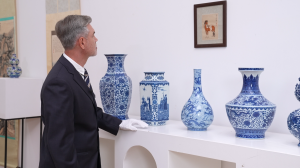 The Collection of General Wang Huaiqing: Part I

SARASOTA, FL, UNITED STATES, November 8, 2021 /EINPresswire.com/ — Charlotte's Auctions is hosting a phenomenal antique collection of General Wang Huaiqing at 9 AM on Saturday, November 27. This remarkable collection covers many fascinating Chinese imperial palace porcelain items and precious paintings. The owner of this art collection is Mr. Wanghai, one of the descendants of General Wang.

General Wang Huaiqing was one of the commanders of Pei-yang Clique, a dominant military force during the Republic of China. He suppressed and quelled various uprisings and rebellions with Yuan Shih-K'ai, including the uprising at outer Mongolia, and he was eventually appointed as the commander-in-chief of Beijing. During his military career, he played a key part in pushing further the development of the history of China, he releasing Feng Yuxiang and returned the administration right of Summer Palace back to the imperial families of the Qing Dynasty.

In 1924, the division of General Wang Huaiqing suffered its defeat in the second Zhifeng War, so he lost command of the army and its jurisdiction over Beijing. As a result, he was forced to leave his residence in Beijing and move to Tianjin in 1926. On the other hand, General Wang Huaiqing was an enthusiastic art collector. He was not able to carry all his collections during his migration to Tianjin. So he had no choice but to give part of the collection to his cousin, Wang Huaitang, who lived in Beijing. In the late 1960s, Wang Huaitang and his family moved to Hong Kong and ended up settling down in the United States in the 1970s.

This collection of rare and fabulous porcelain items and paintings were provided by Mr. Wang Hai, a descendant of Mr. Wang Huaitang. To Mr. Wang Hai, these collections are full of memories. His family also told him a lot of legendary stories of his ancestor, General Wang Huaiqing, since he was little.

General Wang Huaiqing was so obsessed with art collecting that there are countless arts and antiques in his mansion in Beijing. Thanks to Mr. Wang Hai, Charlotte's Auctions is able to present these many fascinating Chinese imperial palace items in this upcoming auction on Saturday, November 27. Guests can join the auction online at CharlottesAuctions.com. Bids can also be placed through various online auction platforms including Live Auctioneers, Invaluable, 51BidLive, and ePaiLive. Don't miss out on this wonderful opportunity to join the virtual tour of Asian art while learning about the history of China. For more information, visit CharlottesAuctions.com or email info@CharlottesAuctions.com.

About Charlotte's Auctions: Charlotte’s Auctions features Antique Asian Fine Arts that sourced from various private collectors all over the world. Our mission is to be transparent, reliable, and always placing the interests of our clients first. For more information, contact us at info@charlottesauctions.com or 941-267-9333.

Charlotte’s Auctions： The Collection of General Wang Huaiqing, Part I