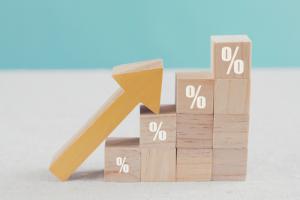 With mortgage rates on the up, what does it mean for mortgage decisions?

If the new expectations are true, that the base rate rises to 1.25% by 2023, the current batch of 5 year fixed rate products look exceptional value, so it's expected for those to readjust soon.”
— Richard Campo

LONDON, UNITED KINGDOM, November 10, 2021 /EINPresswire.com/ — Everyone braced for a rate rise last week, however, the Bank of England voted 7-2 to hold rates with no change. A clear majority of the Monetary Policy Committee, the rate-setting section of the Bank, wanted to leave interest rates at 0.1%. Governor of the Bank of England, Andrew Bailey, explained that the rise in energy prices and as yet unknown impact of the end of the furlough scheme posed too much of a risk for households to also take a rate rise at this time.

It has become almost irrelevant now when the Bank of England does raise rates as mortgage rates are on the up. Rather than the expectation of interest-rate rises next year, after which the Bank holds the base rate around 1%, more likely, there will be more increases over a longer period, with the Base Rate potentially topping out at around 1.25% in 2023. Hence, even higher borrowing costs than initially expected.

When talking specifically about the expected rate rises in the coming months, and what impact that may have on mortgage and remortgage products, Chief Economist Robert Gardener said it was ’likely to be modest,’ with the share of outstanding mortgages on a variable interest rate at its lowest level on record, at circa 20% (in 2011 this metric stood at 60%). With more than 80% of current mortgage holders on a fixed rate, this won’t have a significant impact on most homeowners.

For those looking at moving, or with borrowing limitations, fixing for the longer term may not be feasible. It may make sense to go shorter term, or even take a penalty-free product and renegotiate in the future.

It’s not recommended to fix for more than five years, as products past that term become disproportionately expensive. There are two reasons why: firstly, the cost of funds is far greater, as no one can predict the future, and secondly, the risk of you defaulting goes up over time, so banks also need to price in that risk on top of the usual product pricing.

Everyone’s situation is unique, so there is never a one-size-fits-all approach, so in this time of rising mortgage rates, it is important to get specific mortgage advice before going ahead.