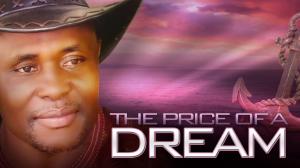 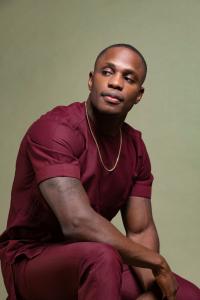 The film is an inspirational true story about his father, Captain Romeo.

CHICAGO, ILLINOIS, UNITED STATES, November 12, 2021 /EINPresswire.com/ — In a time when Black voices and stories are critical now, more than ever, Kevin Itima’s legacy in his documentary, The Price of a Dream, is shining brightly.

Kevin Itima, a first-generation Nigerian-American born in Houston, Texas, was born to Nigerian Delta state immigrants, Helen and Romeo Itima. Kevin spent a portion of his high school tenure in Lagos, Nigeria – an unforgettable experience that immensely changed the direction of his life. Since then, Kevin has dedicated his life to helping others, to his exceptional achievements in education, and to creating a wildly successful professional life.

One of Kevin’s additional passions is sharing the voices of Black men through written work and film. In 2018, Kevin was the executive producer and narrator of his documentary, The Price of a Dream, which is an inspirational true story about his father, Captain Romeo. To this day, Kevin believes the film is an important work for Black voices and stories.

“The Price of a Dream follows the life of my father, Captain Romeo Itima, a Nigerian immigrant from the Ijaw tribe located in the Delta State of Nigeria,” Kevin says. “With his wits and determination alone, Romeo Itima migrated to the United States, found a career within the merchant marine industry and became one of the first, few African captains. Although accomplished, my father sought for more. He traveled back to Nigeria with the incredible amount of knowledge he’d gained from his experiences and created Global West, a privatized maritime security company comparable to the duties of the Coast Guard in the United States. The company’s extremely high success rate in eradicating the corruption that poisoned Nigeria’s waterways brought an array of positive and negative attention. In the end, the love Captain Romeo had for his people, along with the vision he attempted to realize for his country, sealed his own fate. The only detail more troubling than his mysterious death during a routine mission is the void left by his presence… it’s inevitably the missing piece to a puzzle yet to be found; or solved.”

The Price of a Dream can be rented or purchased on iTunes or on Amazon.

For more information about Kevin Itima, please visit his website at https://www.kevinitima.com/.

Kevin Itima is no stranger to hard work and perseverance. Always striving to reach his full potential, Kevin received his undergraduate degree at Jackson State on a track/cross country scholarship, as well as a Master’s in Public Administration from the University of Houston. Kevin went on to run his own real estate investment firm and, ultimately, completed his commercial real estate analysis and investment from MIT School of Architecture and Planning.

Kevin is also a self-published author of, E Ware Mumene (I’m Coming Home), which is currently being utilized in several different schools as a teaching school, including Jackson State University’s Department of Criminal Justice. Kevin has also penned his second piece, Anthology of the Brothers, a collection of short stories of African males.

When Kevin finds himself idle, he sticks to his passion for community outreach. Serving as the Metropolitan Board of the Chicago Urban League president from 2019-2021, this offered him the opportunity to make a positive impact in the Chicago land area and stay engaged with many young professionals who believe in making a difference.