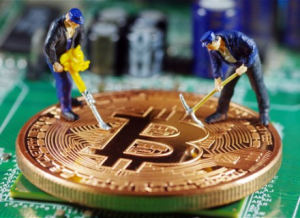 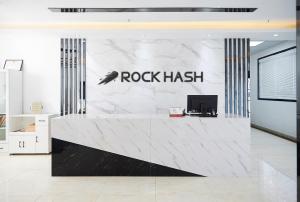 Rock Hash:A golden digital platform
Rock Hash:Build a Golden Digital Platform that everyone can participate in

LOS ANGELES, CALIFORNIA, UNITED STATES, November 12, 2021 /EINPresswire.com/ — When it comes to the concept of "digital gold", the first thing that comes to mind is bitcoin, because its popularity and value is enough to rival gold, and it has become the second most widely recognized safe haven asset in the world.
So do you know how the first Bitcoin was created?

The answer is "dug up", dating back to January 4, 2019, just two months after the release of the Bitcoin white paper, the author satoshi Nakamoto created the first Bitcoin Genesis Block on a small server in Helsinki, Finland. And was awarded the first 50 bitcoins, and the first bitcoins were created.

After that, bitcoin's development trajectory is like sitting on a spaceship, and the market and popularity show exponential explosive growth, which also makes the concept of encryption quickly sweep the world. It is based on the unique low fee and decentralized characteristics of the underlying technology of blockchain. This advantage is directly mapped to the market value of recognition, in May 2020, about the currency for the third time in half, then is entering a year of rare super big bull market, break through the $64000 mark, once the refresh record, on the new value highly the standings, strong market demand, at the same time mining machine a "core" is hard to find, It also pushed the encryption mining industry to another "peak".

Virtual currency trading market two rounds of collapse, computing power mining continues to heat up
In October 2020, headed by the currency mainstream encryption currency continues to boom, sparked a hot, fomo emotions flooded the secondary market, more and more people are trying to leverage transactions, contracts through means to achieve the rapid growth of personal assets, such as during this period we have heard many versions of the rich myths, its authenticity we defy verification, But I believe that those who play the secondary market will remember the two time nodes in 2021: "5.19" and "9.24", which have become a lingering nightmare for many people. It is common to see accounts returning to zero overnight due to contract explosion, and many people have experienced the bloody situation and heavy price caused by violent fluctuations behind the prosperity of the secondary market.

By contrast, mining digital gold in the form of computational mining seems like a clean SLATE. Why? First dig is "digital gold currency supply source, in market circulation through the mill work force to solve a series of complex passwords, in the currency in the network to find the correct answer and get rewards, this form compared with Fried currency speculation, more certainty and stability, as a kind of fixed investment, calculate the force of mining process like printing press constantly accumulate wealth, Risk resistance is strong, and long-term returns are surprisingly attractive compared with secondary markets.
Rock Hash – the world's leading computing power trader
Here – Easy to start the mining journey!

Product diversification, optimize user asset allocation
The official website of Rock Hash launches a series of shared and federated server products led by "BTC", ETH and Filecoin. The product service cycle ranges from 30 days, 90 days, 180 days and 360 days, aiming to optimize the product line from the perspective of users and help users optimize asset allocation by taking diversification as the strategy. Sustainable growth in mining returns is achieved by avoiding the significant risks that arise when the market moves to a single extreme (an economics cliche: you can't put all your eggs in one basket).

Low threshold participation, civilian computing power mining
It is nothing for high net worth users and enterprises to buy a few mining machines, but it is not friendly for digital currency enthusiasts or small retail investors who are new to the cryptocurrency industry. Rock Hash can realize the fragmentation of mining machine computing power to meet the needs of large customers, but also allow ordinary users to buy a small share of computing power according to their own conditions, so that they can enjoy the professional technical operation and maintenance services of the platform.

Rock Hash will upgrade mining to version 3.0, abandoning the low efficiency of squatting computer mining for small miners, but also to solve the tedious process of finding a site to deploy mining machine server, users only need to register platform account with one key, click to buy products, you can get daily mining rewards from the platform, stable accumulation of original wealth.

It is believed that the low threshold and convenience will become an important driving force for Rock Hash to push into the international market, and the computing power products of mainstream currencies will bring more imagination and bonus space to mining users, thus establishing the king position of computing power products in the investment field of encryption.

Strong technical and supply chain resources
Rock Hash technology development, the core members of our team to block chain AI algorithms, such as system security, data security has 10 years of rich experience in the development of operational, at the same time, the Rock is force platform safe and stable operation of the three years, relying on its strong capital strength has accumulated more than global top resources mining machine manufacturers, to ensure sufficient cash reserves.

Overseas investment and operation of seven mines
Rock Hash has invested in seven large-scale mining sites with tens of thousands of mining machines deployed in Canada, the United States, Norway, Iceland, Kazakhstan, Singapore, Japan and other countries to provide a full range of computing power trading services for users around the world.

Rock Hash:A golden digital platform Rock Hash:Build a Golden Digital Platform that everyone can participate in