What is FIL Mining? ROCK HASH – Discovering a New Continent of Mining1 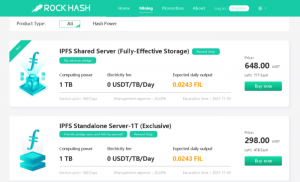 What is FIL Mining? ROCK HASH – Discovering a New Continent of Mining2 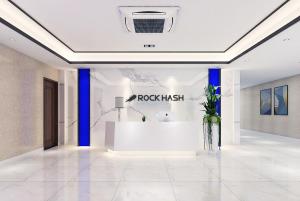 What is FIL Mining? ROCK HASH – Discovering a New Continent of Mining4

LOS ANGELES, CALIFORNIA, UNITED STATES, November 15, 2021 /EINPresswire.com/ — These days, social hot issues new infrastructure, the Internet, blockchain and big data as the core have attracted much attention, especially emerging blockchain projects such as FIL mining. Governments of many countries, business organizations and medias agree on the future direction of its development and its great potentials. However, the successful application of the blockchain on the real economy is quite rare, and FIL is one of them.

FIL mining is very different from other cryptocurrency (BTC/ETH) mining. There are countless mining platforms on the market selling mining machine with various price, for usual investors, how should they deal with such project of 100 billion market? Firstly, let's figure out what FIL mining is!

The usual steps for FIL mining are "Buying Miner, Deploying Miner, Setting Miner, Earning Profit”, however, the step of deploying miner could be affected by many factors, such as currency, miner, electricity price, site, temperature, noise, operating and maintenance, etc.

For the FIL miner to output FIL coins, an essential process is packaging. The essence of FIL miner is the storage server, so it has the storage space brought by the hard disk, but these storage space cannot directly bring profit, it needs to be packaged to transform the storage ram into storage capacity, base on which we can obtain the rewards.

As they all say, don’t flip coins when you can hold, don’t hold when you can mine. Mining is a long-term industrial investment, comparing to buying coins, the price will not be the highest, nor the lowest, we can say it’s a kind of stable investment. How to choose a reliable mining platform and explore the one-key mining experience?

IPFS distributed storage protocol is the hottest issue in the market of 2021. It is another phenomenal mining project following BTC and ETH. In 2021, the price of FIL jumped from $145.31 to $230.43 overnight after the "April 1" surge. Everything is prepared for IPFS to marching towards the trillion-level cloud storage market. Even major institutions and individual investors are paying attention to and laying out the IPFS field. Government agencies and head enterprises are also introducing IPFS technology.

When the value of the FIL coin increases, it means that the proportion of mining costs is getting smaller, thus, the profiting rate is getting higher. Therefore, the value fluctuation of FIL will directly affect the miner industry. With the FIL market soaring, the miner market is also becoming a hit rapidly.

Miner manufacturer ROCK HASH is the world's leading hush power trading platform, headquartered in Singapore, has been in safe and stable operation for 3 years. It is a member of Blockchain Association Singapore, with strong capital strength, solid technical support, powerful supply chain resources, providing hundreds of thousands of users around the world with one-stop mining integrated services, meeting the diverse needs of users. ROCKHASH was built from the beginning in a field that made mining easy for everyone, reflecting the consensus of the financial markets and providing miners around the world with a mining profiting asset allocation investment.

What is most noteworthy is that Filecoin is a blockchain cryptocurrency with its own value, unique landing application and closed-loop circulation. It owns almost all the trillion-level circuit of "distributed storage", such value is almost unimaginable. ROCK HASH also began to layout the mining market in 2017, and completed the brand upgrade in 2019. The cloud hush power platform was launched for testing at the same time! After more than three years, the mining ecological market has been well distributed in the world, with power hardware and software mining facilities and technical operation and maintenance team, stable power facilities, high strength hush rate and safe hosting mines, it can mine FIL efficiently and stably for years, which allows everyone to mine easily and seize the FIL mining head bonus.

At present, Filecoin mining has promoted the construction of a long-term IPFS network protocol. IPFS pioneered a new model of storage in the era of big data with distributed mind, initiating a new technology wave. As a senior mining platform, ROCK HASH has deep layout of the global mine, it has invested in the operation and construction of 7 large-scale mines to ensure the stability of electricity and supply tens of thousands of miners. Its mining deployment areas cover Canada, the United States, Norway, Iceland, Kazakhstan, Singapore, Japan, and other places.

ROCK HUSH Committed to providing global users with a full range of hush power trading services. Currently, there are 3 FIL products on the official website of ROCKHASH, including IPFS Shared Server (Fully-Effective Storage), IPFS standalone Server-1T (Exclusive) and IPFS combined server-1T. DCC Airdrop Reward Release Rule Explanation: 20% of DCC Airdrop reward is released directly at the first round, the remaining 80% of the DCC airdrop will be distributed in the form of 180 antenna releasing form, helping miners to fully start mining.

ROCK HASH platform has been in operation for more than 3 years, precipitating a complete technical strength. With technological innovation to continuously enhance its competitiveness, leading the trend of distributed storage, and with the concept of "help everyone around the world to mind easily" as its vision, gradually forming a community consensus value in the world. Facing the historical opportunity of IPFS distributed storage market, helping global users to participate in sharing the head mining bonus in the key window period of the main network launching. We believe that, in near future, ROCKHASH will adopts its long-term vision to layout mining ecological track, handing over a satisfactory answer for the global miners.