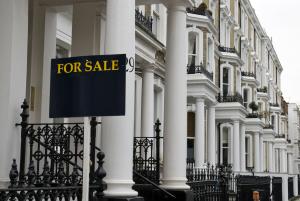 As the UK reopens the travel corridor to the rest of the world, London's property market gears up for the influx of foreign investment

This new influx of foreign buying represents another wave of demand that has not existed over the last two years. It is especially beneficial in London’s high-end and luxury market.”
— Alex Mckenzie, HULT Private Capital

LONDON, UNITED KINGDOM, November 17, 2021 /EINPresswire.com/ — With the last seven countries removed from its red list, the UK is now welcoming vaccinated visitors from overseas. This change is similar to the US who recently lifted their own travel ban for 33 countries. This easing of restrictions is a welcome change for the UK real estate market that suffered from the limitations that prevented the majority of foreign buyers from entering the nation to view properties. Recent sales data indicate that a new wave of overseas buyers could generate hundreds of millions to billions of pounds of additional sales. In the past, foreign investors made up more than half of the sales of high-end properties in the poshest parts of London. With the lifting of restrictions, a new wave of sales is expected to return.

Many wealthy real-estate buyers from abroad are expected to return to the UK and partake in the feast of the nation’s luxury housing markets, giving a long-awaited boost to demand of inner London high-priced flats and mansions. With the recent lifting of red list restrictions to the seven final countries, the nation’s real estate market is open for business, allowing all buyers to view and purchase properties.

Alex Mckenzie, of HULT Private Capital, a London based property fund that solely focuses on investment class properties in Prime Central London (PCL), said “Now buyers from Europe, China, the Middle East, India, and Brazil will be able to enter the UK for the first time since the beginning of the pandemic. Estate agents in Central London are telling us they have a long list of showings scheduled over the coming weeks from many buyers anxious to invest in UK properties, and we have seen a similar uptick in investment enquiries for our properties and the HULT Real Estate Fund.”.

This new demand from abroad is an additional upside that has not existed over the last two years. PCL has struggled since 2014, first with Brexit and then with a flight to country homes, that offered increased indoor space for at-home offices and schooling, larger gardens, and proximity closer to the family that was a result of the life changes during the pandemic.

“This new influx of foreign buying represents another wave of demand that has not existed over the last two years,” said Mckenzie. “It is especially beneficial in London’s high-end and luxury market.”

2021 Sales data is trending the same way as 2020, where foreign buyers were generating billions in sales in London. According to Estate Agent, Astons, Central London accounted for seven of the top 10 most valuable London boroughs for all bricks and mortar sales over the last year, despite COVID-19 reducing that demand, due to many working from home. In their summer report, Astons has found that 85,304 residential transactions had taken place across London since the pandemic’s start, with a total value of £56.2bn, and even with the restrictions, during the pandemic, 6,438 homes totaling £8.1 billion were sold to in the first nine months, £3.3 billion to foreigners, which accounts for 41% of the total sales volume across the capital city and translates to £1.26 million for the average home.

The US sees a similar trend with foreign buying from pent-up demand; however, the prices in the US are high due to a hot domestic market that has seen increases of values already jump in three cities over 25% (Phoenix, San Diego, Seattle), with nine cities up over 20%.

Buyers Are Looking for Trophy Assets
With the travel restrictions being lifted, foreign buyers have certainly benefitted from an enormous wealth creation for the upper-tier during the global pandemic, seeing rising asset prices in the stock markets. With cash to spare, the global elite is looking for investment and trophy assets in world-class cosmopolitan cities like London, which has always been a hub for the rich and is viewed as a safe investment despite the downs of Brexit and the pandemic.

Familiar with the trends of the foreign investor, Alex of HULT Private Capital said, “London homes and flats are incredibly attractive purchases for these buyers because they can lease it out or hang on to it, these properties are something to be proud of.” Tenant demand for London properties has certainly increased up 173% compared to the height of the pandemic in April 2020.

US-based Douglas Elliman is partnering with the UK’s Knight Frank in preparation for the rush of overseas buyers, pairing overseas buyers with listings in London as well as cities in the US, with representatives working as “traffic cops” for the potential deal flow from overseas, “We are expecting a flood of buyers across all of our markets.” US-based Corcoran has made an additional agreement with the London-based Savills that has offices across the globe to help with the flow of foreign clients.

Preferring New Construction
Brokers say that most overseas buyers prefer new or updated construction. Either a newly built mansion or a never lived in flat in a high-rise. Mckenzie said, “New developments and premier class properties will be the biggest beneficiaries of the overseas buyers returning.” Traditionally, China and Hong Kong have been massive sources of buyers for the UK. Hong Kong residents spent about £400 million on London homes in 2020, ranked second for foreign property buyers behind France and ahead of mainland China, which has recently tried to crack down on capital flight which has slowed the movement of wealth abroad.

London’s Bright Future
With the close of the COVID-19 pandemic slowly becoming a reality, the Prime Central London real estate market is poised to begin a 2020’s boom. With record low rates and valuations that have been dampened by the flight of city-dwellers to coastal towns, the potential for foreign buyers and investors is better than most other attractive cities; HULT Private Capital’s Mckenzie ended by saying, “This is the time to jump in, we expect our investors both foreign and domestic to be thrilled with their returns.”