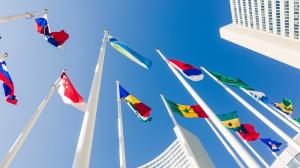 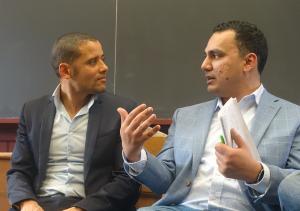 NEW YORK, UNITED STATES, November 17, 2021 /EINPresswire.com/ — Ideas Beyond Borders, the largest non-profit translator of educational and cultural information in the MENA region, has been granted special consultative status to the United Nations

To have special consultative status, an organization is required to have a proven track record of exemplary work in its given field relevant to ECOSOC, and be able to demonstrate that it has substantial support from governments and other organizations. With this approval, IBB will become one of only a handful of organizations of its type to hold this special status.

This is a significant milestone for Ideas Beyond Borders. It's a sign that their work is being heard and that what they do is making a sizable impact on people's lives. This achievement is all the more extraordinary given the organisation’s relatively recent inception and that its founder Faisal Saeed Al Mutar was himself an Iraqi refugee.

Their 125-strong team have translated over 60 million words of content into Arabic and other languages in the MENA region, reaching 80 million people and amassing an extraordinary 200 million views of its content across numerous platforms.

Recently, Ideas Beyond Borders’ Afghanistan Rescue Fund project has raised over $700,000 to rescue translators & their families trapped in Afghanistan, getting them to a safe country and employing them to translate vital information for the people still in the country where human & women’s rights are being eroded on a daily basis.

“The UN has historically been a hub for people and organizations to work together and achieve similar goals in making the world a fairer place, something we have strived for since our founding” says Faisal Saeed Al Mutar, President at Ideas Beyond Borders. “This is testament to our team’s commitment to the betterment of the world through free information, and I believe this is a great opportunity for us to connect with other for-good organizations to expand our programs”

About Ideas Beyond Borders:

Ideas Beyond Borders translates and promotes ideas that foster critical thinking, civil rights and science. They ultimately want to bring to life a modern, pluralistic Middle East, led by the people of the region.