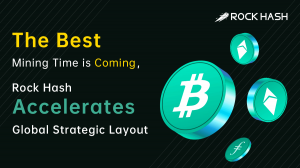 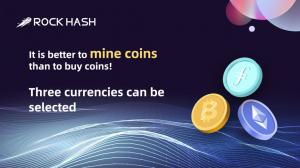 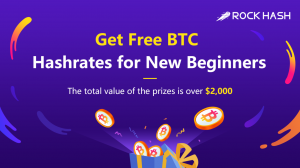 LOS ANGELES, CALIFORNIA, UNITED STATES, November 18, 2021 /EINPresswire.com/ — If an investor was holding $500000 cash ten years ago, what asset allocation would be chosen to get the ideal return on investment? "Stocks, bonds, funds, real estate…" But ten years later, with the outbreak of the global epidemic, the way of life and work of human beings all over the world has been greatly affected and changed.

In order to meet many challenges, such as the global economic recession and the decline in employment during the epidemic period, central banks led by the Federal Reserve have launched the largest quantitative easing policy in human history. Zero interest rates and additional natural currencies have brought great changes to the traditional asset pricing system and the orientation of wealth allocation!

The monetary easing policy launched by global central banks in response to the recession caused by the epidemic has become an important force driving up the prices of investment categories such as stocks, property, gold, and bulk commodities. The sharp rise in asset prices has not only created a group of rich people, but also exacerbated the gap between rich and poor domestically and all over the world.

This is why many industry insiders believe that suffering a beating is inevitable when participating in a secondary market fight, as the one who get ahold of the chips in the capital market game is always the powerful one, and heavy losses or even bankrupt is always "retail investors" would suffer from. Asset curing has become an unavoidable topic in most countries in the world.

With general negative global GDP growth in 2020, the wealth of the world's 25 richest super-rich rose by $255 billion, while the assets of the world's richest five increased by 31 per cent and total assets by $1.8 trillion. In 2020, when the epidemic raged, 12.2% of the world's population owns 84.9% of the human wealth, which is the most serious moment of wealth differentiation in human history.

The serious internalization of wealth pressurizes more and more people to look for safe haven assets around the world. Cryptocurrencies led by BTC, has gradually entered the public vision, and has become a popular new type of investment assets.

Nakamoto led you to know Bitcoin, which is now the safest computer network on the planet in the field of cryptocurrency. With the rapid development of its ecosystem, bitcoin price has continued to climb since halving in 2020, breaking through the $60,000 mark at one point, showing amazing trading capacity in the secondary market and igniting the mining enthusiasm of many miners.

Led by Bitcoin, as well as similar cryptocurrencies networks such as ETH and FIL, new gold diggers have emerged. In this digital borderless democratic world, miners rely on computing power to compete with each other in an orderly manner and dig out more valuable currencies, thus ensuring the continued prosperity of the encryption market, ensuring the stability of supply and demand, and constantly injecting fresh blood into the allocation of wealth.

With the rising market value of global cryptocurrency and the spread of bitcoin heat around the world, the mining army is also gradually growing, from the beginning of the small miner with low allocation can get a block reward, to the increasing difficulty coefficient of the computing power, allocation, electricity charges and production capacity have also become the main problems that gradually haunt the miners. Safety, efficiency, calculation competition and income stability have also become a new concern of the miner group.

As the world's leading hash power trading platform, Rock Hash, with its rich mining experience and industry resources, provides one-stop comprehensive mining services for hundreds of thousands of users around the world, which fundamentally reduces the difficulty of users participating in mining. In the future, it will continue to provide first-class mining experience for users around the world, to meet the personalized needs of users, allowing more people enjoy simple, rapid, safe, and secure investment leasing services, achieving stable asset growth, and lead the industry ecology to a secure and healthy development!

Rock Hash has been laying out the mining industry since 2017, integrating the high-quality resources of the mining industry chain and having the global purchasing ability. For the fundamental assets such as mining machines and mines, it can continue to offer users products of prices that superior to the market and steady mining income. The Rock Hash platform has a complete qualification and strong team background, serving tens of thousands of users of mining machines, laying out mine fields in a number of countries and regions. The deployment area of the mine is all over Canada, the United States, Norway, Iceland, Kazakhstan, Singapore, Russia, and other places. The global layout of the mine makes the hash power distribution of the platform more balanced and enhances risk resistance ability of the platform and its miners.

Standing in the tuyere, even a pig can fly up, the value and prospect of crypto market is being recognized by more and more capital, institutions and high net worth people, and the allocation of crypto assets is also known as the best capital game choice in recent years. Within 3-5 years, it is expected to see an crypto market with a market capitalization of more than $10 trillion. If you are also interested in crypto assets, you might as well join the Rock Hash. Do not miss the opportunity to share the value-added bonus of hash power!

It is worth noting that Rock Hash recently launched a series of promotional activities, it not only gives away free hash power, but also provides extra generous rewards. Miners who would like to participate the activities please keep an eye on the activity information on Rock Hash official site.