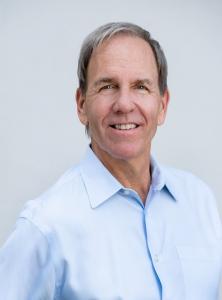 The magazine hails Meredith as a “technology leader” in the article, noting that he “has caught the attention of the central bank community.”

Embracing stable coin technology now will give countries a competitive advantage over the rest of the world.”
— UberFi CEO and Founder Tom Meredith

The magazine hails Meredith as a “technology leader” in the article, noting that he “has caught the attention of the central bank community.”

Meredith said he was honored to appear in the annals of the 15-year-old publication, which is read by a wide-ranging global audience, ranging from C-level executives to IT architects. He added that the timing is appropriate given the growing appetite of the world’s central banks.

“Countries that delay creating their own stable coin risk falling behind to the detriment of their own people,” said Meredith. “Embracing stable coin technology now will give them a competitive advantage over the rest of the world.”

Specifically, countries that implement a digital-first approach in their currency and financial markets will experience numerous advantages, according to Meredith, including:
• Raise infrastructure capital via Digital Bonds issued to the $2 Trillion digital token industry
• Financial inclusion for all citizens to access financial services without a bank account
• CBDC-based national payment system improves the entire country’s financial efficiency by eliminating money laundering, fraud, tax cheating and accelerating the velocity of money within their economy

UberFi’s patent-pending digital wallet permits that country’s CBDC to be exchanged for many digital and fiat currencies with a simple click of a button. This permits money transfer to over 4 billion mobile phones globally in an instant. CBDC recipients can instantly convert those stable coins into local currency or instantly convertible into widely utilized pre-paid phone minutes to top-up any mobile carrier account, backed by BitMinutes.com

UberFi was founded by Tom Meredith in 2020 to provide Central Banks with a turn-key solution to issue a “stable coin” or digital version of a country’s fiat currency. UberFi also goes further than competitive blockchain technology companies by solving the substantial consumer issue every new payment platform encounters – adoption.

It provides a free mobile wallet to every consumer and retailer, so a Central Bank can issue UberFi’s stable coins as a digital currency that is instantly redeemable at Point-of-Sale for the purchase of goods and services, as well as convertible in real-time to prepaid phone minutes via BitMinutes, UberFi’s sister company. UberFi’s model enables instant use and credibility for every consumer in the country.

Tom Meredith is the founder and CEO of UberFi and BitMinutes. He also the inventor of Smart Tokens and a patent-pending Atomic Swap mobile wallet technology, Through BitMinutes, Tom and his team have monetized global cellphone minutes by tying them directly to an exchangeable cryptocurrency (BMTs). BMTs enable a host of low-cost financial services, including FREE money transfer and guaranteed loans to 4 billion cellphone users. BMTs are based on International (ISO) Banking Standards and provide secure liquidity for P2P lenders, democratizing P2P lending to denominations as small as $10.
Meredith started his involvement in digital currencies in 2012 with the founding of BitMinutes precursor P2P Cash. He saw the utility of Smart Tokens in bringing innovative solutions to the global cash transfers and remittances industry. These Smart Tokens, still the foundational technology driving BitMinutes’ products and services, bridge the gap between traditional settlement networks such as MasterCard, SWIFT and the growing Blockchain networks such as Ripple and Ethereum. The solution not only reduces fees on credit cards and bank transfer for consumers but also completely eliminates the middleman. This tokenized way to send and receive cash also incorporates a robust smart contract methodology to track and validate the transaction.

Meredith received his Mechanical Engineering Degree from Stanford University and went on to graduate with an MBA in Entrepreneurial Studies from Harvard Business School. After Harvard, Tome began his computer career with Digital Equipment Corporation and spent another three years on Wall Street handling institutional equity research sales for large clients. He joined the ranks of entrepreneurs by founding VoxLink, an innovator of voice mail and e-mail integration for several Fortune 500 corporations.

Meredith is a native of Williamsport, PA and now resides near Atlanta, GA with his wife Jane.